Admin options for the Nomination Box

Written by Noah Reid
Updated over a week ago

It is separated into four sections, Overview, Nominations, Reasons and Settings.

Under Overview, you can see general participation metrics and the Nomination Leaderboard, which you can filter by date, location, department and internal notes.

You are also able to make a nomination draw! 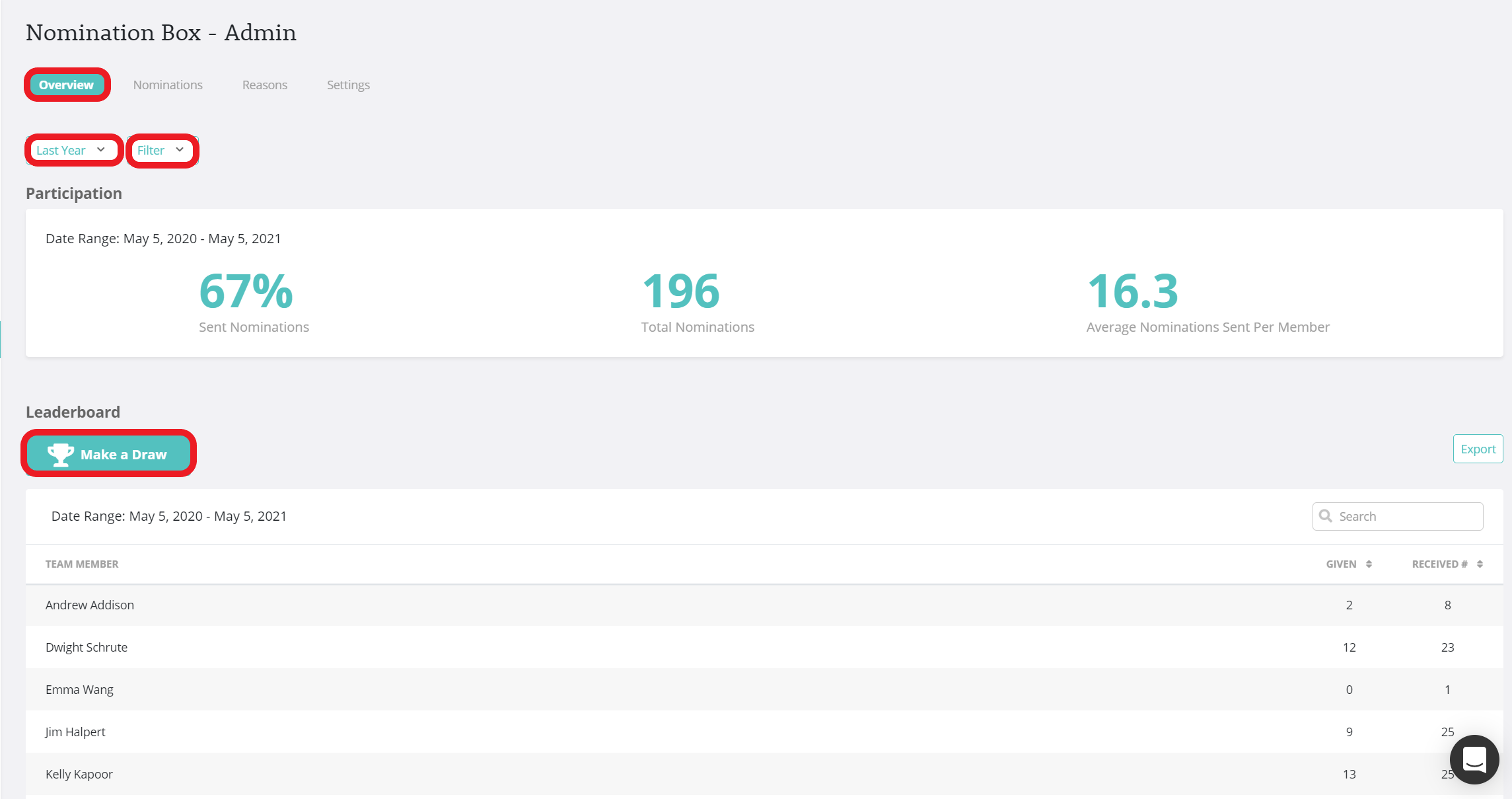 If you have enabled the option to require approval before nominations are sent out, this is where you would approve them.

You are also able to send a nomination on someone else's behalf, filter the nominations and export a list! 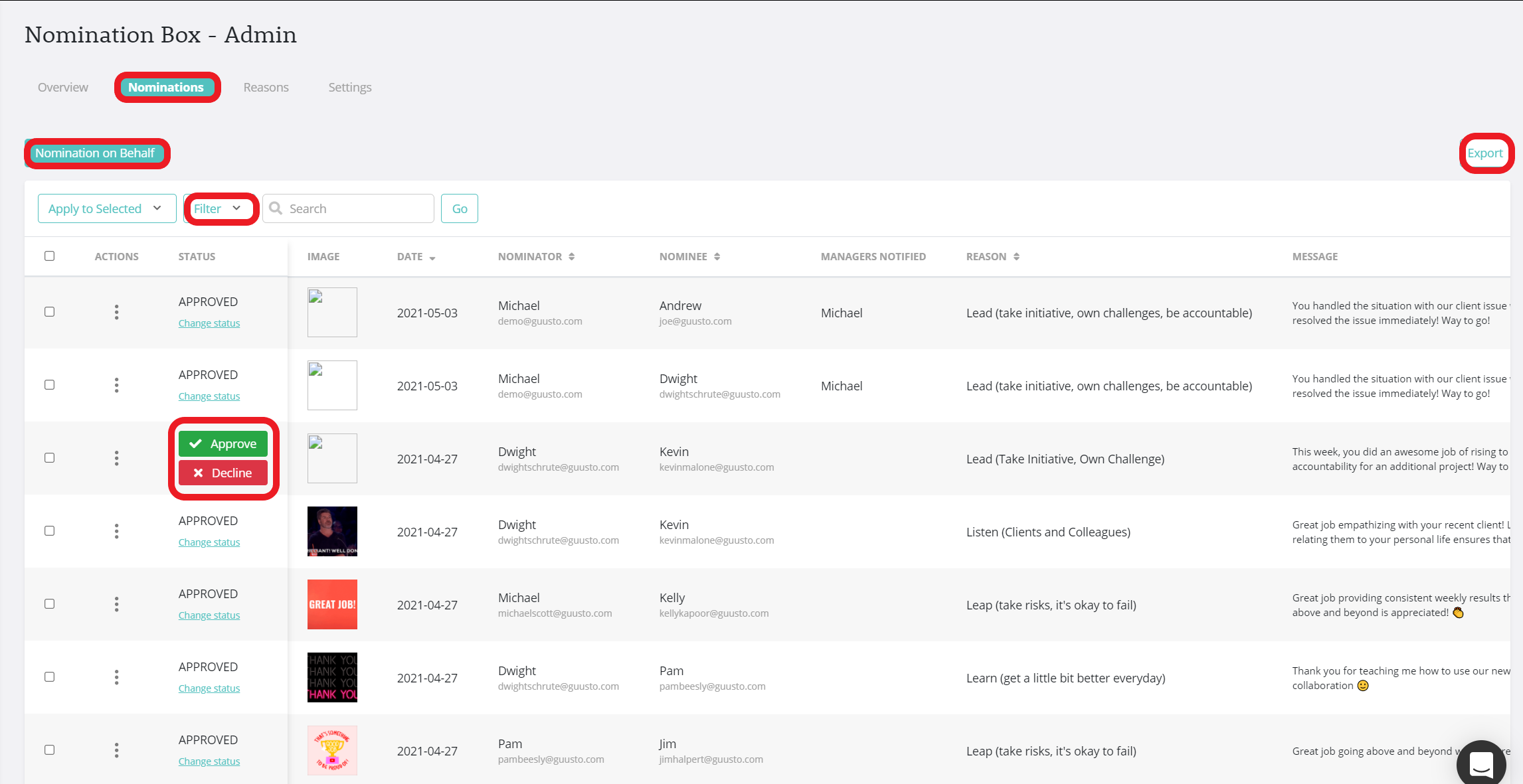 Under Reasons, you can see the top 5 nomination reasons, as well as the total number of nominations for each reason.

You can filter both data by date, member, department, location and internal notes, as well as export the list.

The Settings page allows you to change certain preferences for your team. These settings are:

Did this answer your question?